In February 2016, eight MunSEFF projects were recognized at the awards ceremony organized by the EBRD in Bratislava. Over 80 guests, including representatives of the Slovak government, local authorities, EBRD participating banks and local companies attended the ceremony.

Videos of MunSEFF 2016 Award winning projects were presented to guests.

Since the start of the programme in 2010, MunSEFF supported more than 400 projects, including energy efficiency improvements in 114 municipal buildings, 219 residential buildings and 70 municipal infrastructure projects. The total loan volume reached about €85 million with the total investment costs of more than €92 million. The European Union provided investment incentives for the programme in the amount of €21.3 million used for advisory package to its participating banks and sub-borrowers.

Projects financed under MunSEFF lead to annual primary energy savings equivalent to the household electricity consumption of a Slovak city Trnava (about 70,000 inhabitants) and greenhouse gas emission reduction of 15,000 tonnes of CO2 equivalent. 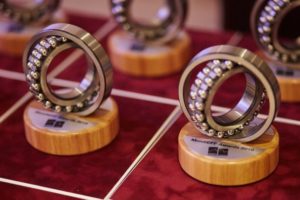