El Tayeb for Hatching of Chicks 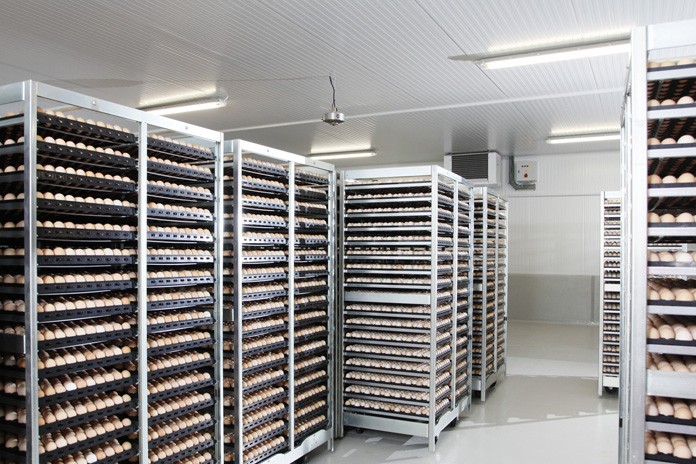 El Tayeb for Hatching of Chicks is a private sector SME that owns and operates a chick hatchery facility. In response to increased market demand, the company is investing in two new hatchery lines with advanced technology. With increased digitization the new technology will enhance hatching conditions, and remote monitoring and control. The new production lines will consume less energy and support a higher chick yield with a total of 2 million additional chicks hatched per year.

El Tayeb established its production facility in the Beni Sueif Governorate in 2006. The hatchery currently supplies chicks and ducklings to Beni Sueif, Minya, and Faiyoum governorates, which constitute a significant portion of the agricultural trade centre along the Nile River’s west bank. The company purchases eggs from local suppliers and produces approximately 1.5 million chicks per year. The investment will increase the company’s annual production by 2 million chicks.

The investment in two new hatchery lines will increase the competitiveness of El Tayeb by achieving better hatching conditions, increasing output, and reducing electricity consumption. The new lines are equipped with remote monitoring and control technology, which reduces the risk of microbial contamination of eggs and therefore losses in production. The improved hatching conditions will increase the hatch rate to 90-95% compared to 80% before the investment. Furthermore, the new production lines consume 25% less electricity compared to the older lines operated by the company. These improvements will result in improved conditions and standards, a more efficient production process as well as increased net profits.

The VC team evaluated the technical and financial feasibility of the project and provided advice to El Tayeb on the best available technologies. The evaluation confirmed that the investment in the new hatchery lines will increase the company’s competitiveness through improved operating conditions, higher yields, and increased profits. The financial incentive provided through the Egypt Value Chain financing facility has supported the company to invest in advanced technology and digitization, which will allow it to increase profitability.

The total investment cost of US$ 134,529 (EGP 2,105,000) was funded by the Egypt Value Chain financing facility. The investment in the two new hatchery lines is expected to result in a 20% increase in net profits and improved quality standards. By increasing the production capacity of the company, the investment will result in the creation of four new permanent jobs for 2 males and 2 females.

The Egypt Value Chain financing facility was developed by the European Bank for Reconstruction and Development (EBRD) and is financially supported by the European Union (EU) and the EBRD Shareholder Special Fund (SSF).

The Sub-borrower will receive an investment incentive for successful project implementation, provided by a grant from the EU