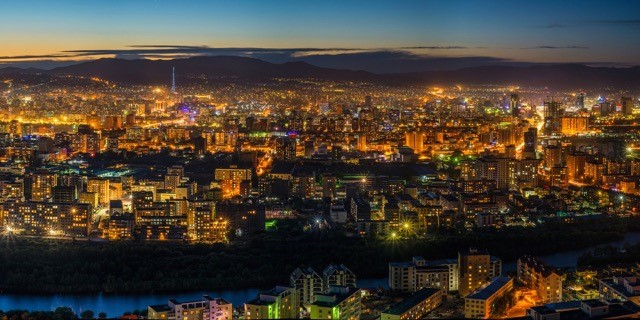 The European Bank for Reconstruction and Development (EBRD) together with Triodos Investment Management and FMO are providing a US$31.6 million syndicated loan to Desert Solar Power One (DSPO) to build the largest solar plant in Mongolia.

Power and heat generation in the country depends on old and highly polluting coal-fired combined heat and power plants. The 30 MW solar photovoltaic (PV) power plant will become the first utility-scale solar PV in the country and will generate electricity during the day, when the demand is higher than supply.

The syndicated financing package of US$ 31.6 million will consist of an EBRD A loan of US$ 10.5 million, a B loan from impact investor Triodos Investment Management and FMO Dutch Development Bank, who will provide US$ 10.5 million each. The two ultimate shareholders of the borrower are United Green Group (UGG) and Tucher Group GmbH.

This is the first solar plant in Mongolia to be project financed, continuing the EBRD’s leading role in the country’s renewable sector. The project is in line with the EBRD’s Green Economy Transition approach (GET), a flagship initiative which promotes sustainable energy and resource use. GET aims to dedicate 40 per cent of its annual investments to climate finance by 2020.

The EBRD is a leading institutional investor in Mongolia, with over €1.4 billion invested in 93 projects in the country to date. The bank has invested more than US$ 114 million in renewable energy in the country, supporting four projects and funding more than 180 MW of capacity. In total, EBRD financing committed so far will help Mongolia reach 16 per cent of installed electricity generation capacity, and 6 per cent of its domestic electricity consumption of energy use from renewable sources, helping the country meet its obligations under the Paris climate agreements.

This website uses cookies to improve your experience while you navigate through the website. Out of these cookies, the cookies that are categorized as necessary are stored on your browser as they are essential for the working of basic functionalities of the website. We also use third-party cookies that help us analyze and understand how you use this website. These cookies will be stored in your browser only with your consent. You also have the option to opt-out of these cookies. But opting out of some of these cookies may have an effect on your browsing experience.
Necessary Always Enabled
Necessary cookies are absolutely essential for the website to function properly. This category only includes cookies that ensures basic functionalities and security features of the website. These cookies do not store any personal information.
Non-necessary
Any cookies that may not be particularly necessary for the website to function and is used specifically to collect user personal data via analytics, ads, other embedded contents are termed as non-necessary cookies. It is mandatory to procure user consent prior to running these cookies on your website.
SAVE & ACCEPT