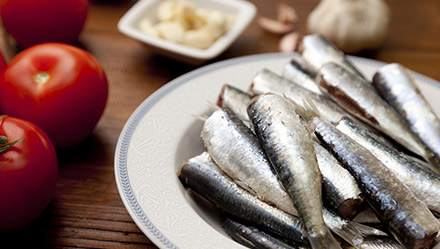 Unimer Group is a number one Moroccan exporter of canned sardines and anchovies and the world leader of small pelagic canned fish. With 5,000 employees, it produces sauces, drinks, fresh and frozen products, fruits and vegetables. 85 per cent of production is exported.

With a growing demand for its canned fish products, increasing electricity prices and an ageing production line the company decided to invest in equipment modernization.

Unimer Group addressed MorSEFF for financing and the MorSEFF team performed the analysis of the proposed technologies, their potential of energy savings, financial-technical parameters and profitability of the project.

The project consisted of replacement of an obsolete canned fish production line, including old motors, hydraulic transportation and other elements with a new energy efficient units.

The €469,170 investment allowed Unimer Group to reduce its energy consumption by 68 MWh per year, leading to substantial cost savings. The investment will be repaid out of energy savings in six and a half years, turning the future cash-flows into company’s income for the years to follow. Energy savings were generated by the use of new electric motors with higher class of energy efficiency, which allowed to increase the production capacity by 33 per cent, while decreasing the specific energy consumption by 44 per cent. In addition, replacement of hydraulic transportation of fish with a dry transportation method allowed to reduce the consumption of fresh water and discharge of polluted wastewater to the downstream treatment facility.

This project demonstrates that investments in energy efficiency are profitable and lead to other additional benefits and enhanced company’s competitiveness. Having decreased its costs, the company may now focus on other aspects of development.