333 tonnes of CO2 equivalents per year 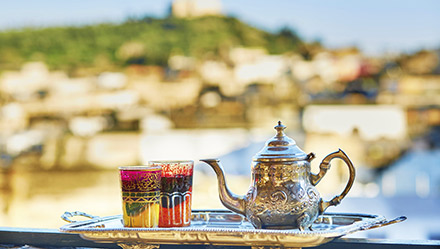 Mathe, one of the oldest and leading tea companies in Morocco, faced big challenges with the energy market liberalisation, increased competition and costs. Although Morocco is globally famous for its tea, the country imports all of the primary component – the tea leaves. Therefore, Mathe relies on its expertise and efficiency to stay competitive

The company decided to invest in energy efficient technologies and modernisation in order to meet their goals on improved efficiency of production.

Mathe applied to MorSEFF to finance the replacement of the existing production line, installed in the 1970s, consuming significant amounts of energy and requiring frequent repairs.

The MorSEFF team assisted the company with the loan and advice on the priority measures, their energy saving potential, technical-economic parameters and profitability.

The €1.9 million investment allowed Mathe to significantly reduce its energy consumption and energy bill. The loan will repay from energy savings in one year, turning the future cash-flows into company income for the years to follow.  In addition, the company decreased its greenhouse gas emissions by 42 per cent and increased the production capacity by more than 50 per cent up to 6,500 tonnes per year with almost no additional energy consumption.

This project is a good demonstration of wise investing with multiple results and benefits.