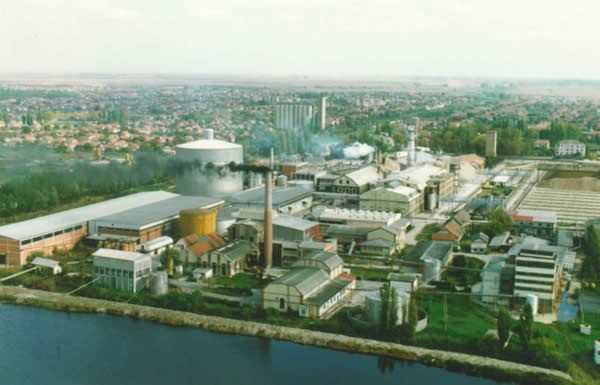 Crvenka fabrika secera AD was originally founded in 1911 by an English-Hungarian joint-stock company. In 1991, the factory was registered as joint-stock company (D.D.) with a mixed ownership and by 1994 it was registered as D.D. under private ownership. In February 2003, the sugar factory was sold to Hellenic Sugar, the largest sugar producer in Greece and one of the leading sugar companies in Europe. The company today has a strong domestic and European market.

Over the decades investments have been made in improving standards and capacities. However, they had not kept up with advances in energy efficiency. As a result, the factory consumed approximately twice as much energy, particularly steam, as modern EU competitors. Thus, the company management decided to undertake a major project to improve energy efficiency and that is why they approached Banca Intesa Serbia, a Partner Financial Institution of WeBSEFF. The WeBSEFF team assessed the potential for savings and other financial-technical parameters of the proposed project.

The assessment confirmed that by more effective recovery and utilization of steam and use of controls, the factory could not only slash its energy costs, but also enhance the quality of its sugar. The project involved investing in heat exchangers, evaporators, measuring and magma control systems, a gas-powered dryer and a new slicer to cut beet more finely therefore requiring less energy to process.

The investment of EUR 2,538,000, out of which EUR 1,994,566 was the WeBSEFF loan, enabled annual energy savings of 110,848 MWh, reduction of greenhouse gas emissions of 24,407 tCO2/yr and also provided EUR 299,185 of the WeBSEFF financial incentive (15% of the total loan). The implemented measures repaid the investment in just over eight months.