Improved living conditions in the buildings 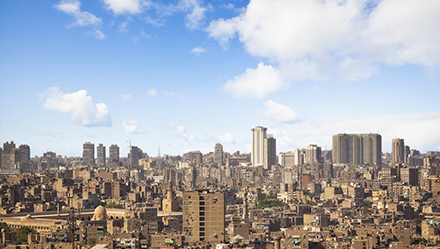 Move2 Joel Gestion is a company that owns and manages a number of traditional Moroccan houses, called Riads. Riad is a building of two or more floors around a courtyard with a fountain or a swimming pool in the middle. Recently, there has been a surge of interest to renovate the dilapidated old houses and turn them into hotels in tourist areas of old cities. However, historically the Riads were built and even renovated with no particular attention to energy efficiency.

The company addressed MorSEFF for financing and assistance with project implementation.

The project included thermal insulation of floors and walls, installation of two removable roofs at patios, heat pumps and solar panels to produce hot water and under-floor heating, a heat pump to heat water in the indoor pool and Jacuzzi, twelve air conditioning units with inverter technology and 334 LED lamps.

The MorSEFF team performed the analysis of the proposed technologies, their potential energy savings, financial-technical parameters and profitability of the project.

The €88,934 investment allowed Joel Gestion to reduce the building’s energy consumption by 66 per cent, which is equal to 150 MWh per year, leading to substantial cost savings. The investment will be repaid out of energy savings in less than two and a half years, turning the future cash-flows into income for the years to follow. In addition, the living conditions in the buildings were significantly improved, increasing their attraction to customers.

This project demonstrates that investments in energy efficiency are profitable and lead to enhanced company competitiveness. Energy cost is a major element affecting the running costs of hotels in Morocco, as high utility costs directly impact hotel rates for customers and, hence, the competitiveness of business offers. With an energy efficiency investment implemented, Joel Gestion has secured its hotels’ attractiveness on the market.