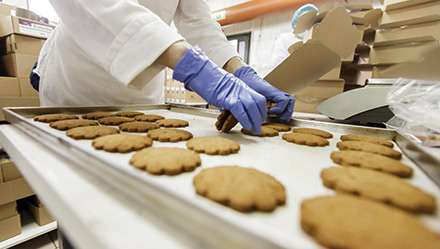 This client is one of the major food production conglomerates in Mongolia. Established in 2003, it has the highest market share in the domestic food industry, employs 800 people and is a large contributor to the state budget.

To rationalise the energy and resource use while increasing the production, the company identified an opportunity to replace the existing aseptic processing line with a new and energy efficient line and to amalgamate three factories into one.

The company addressed MonSEFF for financing of this investment and advisory package.

It was observed, that many of the energy consuming activities of the three factories were similar and, in fact, used a lot of similar equipment. Relocating existing machinery from three lines in a new single plant that shares common utility services and process equipment allows avoiding the redundancy of machines, reducing the installed power and energy consumption, optimizing the production process while increasing the production.
Before the energy bill of three plants was reaching dozens of thousands of dollars per year. The cost savings from reduced energy consumption will be substantial.
The project demonstrates that investments in energy efficiency come with other benefits, such increased production,  improvement of working conditions and many other. Therefore, it is worth check the energy savings potential of potential investments.
print
By using this site, you confirm that you accept our Terms and Conditions as well as our Cookies Policy Accept Read More
Privacy & Cookies Policy