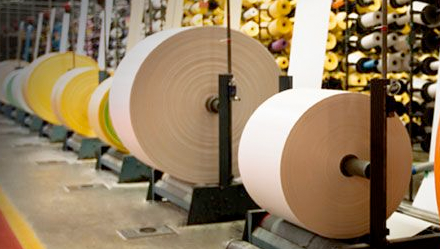 Compagnie Industrielle des Fibres (CIF) is a leading producer of woven polypropylene bags, agricultural twines and bags for the food and animal feed industries. The company, established in Tangier before Morocco’s independence, sought to reduce its energy bill as the domestic energy market liberalised.

To reduce their energy bill, the company planned to install a rooftop solar photovoltaic plant with a peak capacity of 1,385 kWt.

The company addressed MorSEFF for affordable financing of the investment project. The MorSEFF team performed analysis of the proposed technology, its potential of energy savings, financial-technical parameters and profitability.

The final project included installation of 5,432 photovoltaic panels over an area of almost nine thousand square meters and replacement of 900 old lamps with the energy efficient LED lighting.

The €1.15 million investment allowed the company to generate 2.2 GWh of energy per year covering around 11 per cent of the company’s annual electric demand. The lighting replacement will reduce the annual electricity consumption by 66.5 per cent and improve the working conditions in the production sites. All together, these measures will lead to substantial cost savings each year and will be repaid from energy savings in about seven years.

In addition, these measures generate large CO2 emissions savings, mitigating the negative effect of human activity on the climate.

This project enhanced the company’s financial standing and competitiveness on the market. It demonstrates that energy savings are possible to achieve in all types of industries and that they lead to notable reductions in production costs.

The EBRD through MorSEFF supports the sustainable financing and implementation of energy efficiency and renewable energy projects by the private sector. Together, the private, residential and public sectors can make a change in the energy consumption patterns and contribute to environmental protection.