Mine Master, a producer of machinery 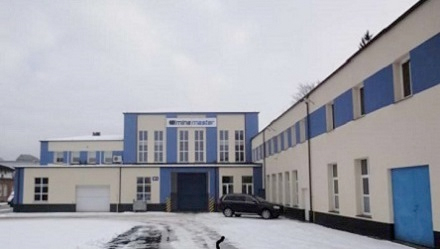 Improved working conditions and reduced energy costs thanks to the investment

Mine Master is a globally recognised producer of drilling, mining and related machinery, as well as civil engineering tools. The company was established in the early 1970s and sells its products to five continents.

To reduce energy costs and improve working conditions, the company decided to modernise its production hall, as despite the recent investments in a new heating system the heating bills continued to grow.

The company addressed PolSEFF for financing. PolSEFF engineers conducted an energy audit of the production halls, analysed the potential for energy savings, financial-technical parameters of the measures and their profitability. It was estimated, that after the thermal modernisation the energy consumption will decrease by 54 per cent.

The investment of PLN1.5 million has saved in the first three winter months 39 tonnes of heating oil (PLN 337,000). Based on the first quarter’s results, it can be forecasted that the expected energy savings of 54 per cent will indeed be reached. Hence, the investment will be repaid in less than six years from energy savings alone. In addition, the employees benefitted from better working conditions.

This is a good example of how investments in energy efficiency serve multiple purposes and lead to several benefits, enhancing the company’s good financial standing and competitiveness in the market.